In a Sadhana, one uses "that which leads to the goal”.
This includes all that awakens ones consciousness and keeps it awake... 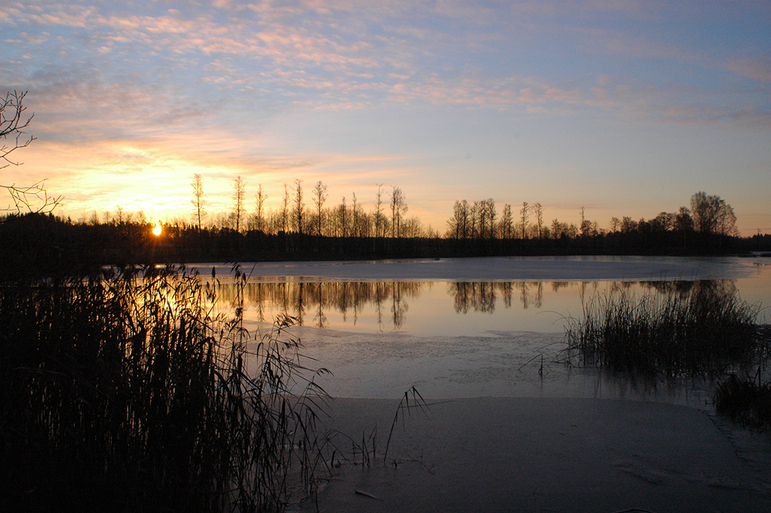 – A unique initiation and an opportunity to acquire a deep reaching experience through training in advanced yoga and meditation. A starting point for a greater insight in life.

“What’s required to participate?” you may ask. Two things only – your commitment to be involved in an intense sadhana period and your desire to explore your dormant faculties. 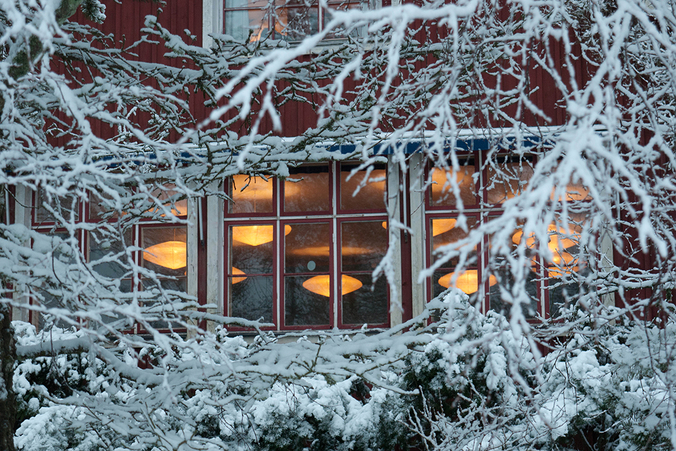 On the sadhana retreat, you will become acquainted with the very finest methods and knowledge of Tantric yoga. A knowledge that can be used to deal with inhibiting habits and states.  You will discover new possibilities within yourself, a potential for well-being, for creativity, or for whatever else you want, in concert with increased energy and concentration. As a participant, you will be able to learn and test things that are impossible to learn properly under different conditions.

Participation in the 3‑month course is the prerequisite for being able to enroll for the teacher education of the Scandinavian Yoga and Meditation School.

The retreat includes the preparation for and the learning of Kriya Yoga, one of the most effective methods of transformation available, together with other advanced meditations and yoga techniques.

Kriya Yoga is a dynamic and at the same time profound tantric meditation. It contains many different kriyas, from strongly energizing and physical ones, to subtle processes that reach beyond the limits of the normal mind.

Kriya means process, and is also a broader concept in yoga. The word is sometimes used for the cleansing processes: ‘Hatha Yoga Kriyas’, for an attitude in Raja Yoga, for some sexual practices and for some preliminary techniques that people teach on weekend courses. However, these should not be confused with the tantric meditation Kriya Yoga, which is not a sexual practice.

“Between the different kriyas in Kriya Yoga an interaction is taking place – both when you learn it and later when you want to use different sequences of Kriya Yoga on your own.

On my tours around the world, I have met people who have learned Kriya Yoga in an incomplete way, and without the knowledge of this important interaction. They therefore sought my help. One student had been taught by someone who had not received the kriyas directly from a properly trained teacher. Maybe that teacher belonged to an organization that said: “We teach Kriya Yoga,” but they no longer knew the traditional teaching methods and special conditions. Nor had that particular teacher personally explored Kriya Yoga by using it over an extended period of time.” (Swami Janakananda) 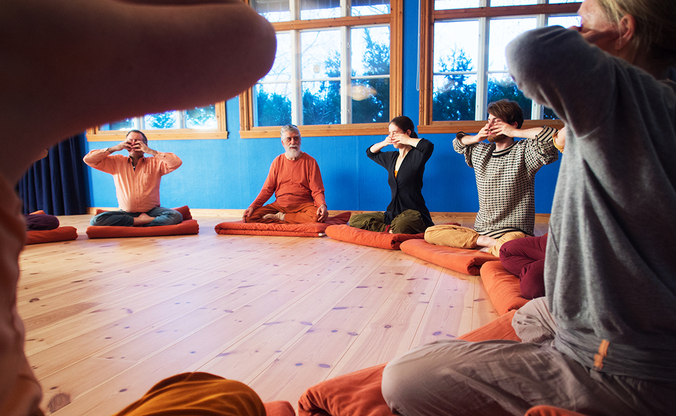 Swami Janakananda is the first to teach the entire tantric Kriya Yoga in Europe. He was taught the kriyas and tested by his teacher, Swami Satyananda, under the same special conditions and requirements under which he passes on Kriya Yoga today. Having used this yoga since his initiation, Swami Janakananda now has more than 40 years experience of teaching Kriya Yoga, thus enriching the lives of many people. 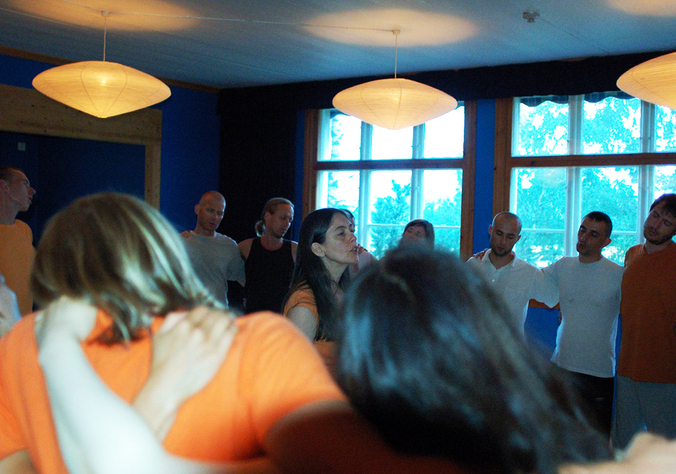 “Even before I met Swami Satyananda, when I was reading Swami Yogananda’s book “Autobiography of a Yogi”, I had spontaneous experiences of Kriya Yoga. It happened during my meditation, when I did yoga and in my dreams.

When I moved into the ashram, before I participated in any classes, my spontaneous experiences of yet more kriyas continued. Even though I had great expectations and a desire to learn Kriya Yoga, I needed to have these experiences confirmed ‑ after all they were somewhat different to the reality I had grown up with. Only when I was taught and later initiated by Swami Satyananda, did I dare realise and also fully use what I had received earlier. Then I experienced the powerful spiritual value of these special kriyas.” (Swami Janakananda) 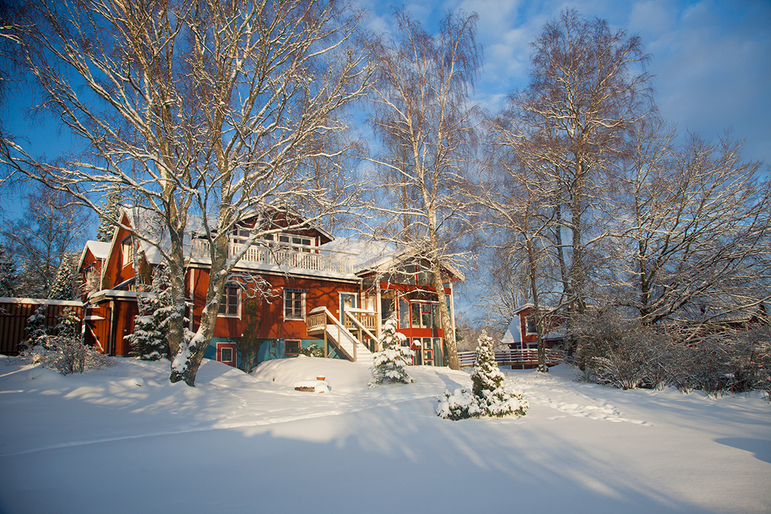 To avoid an intellectual ‘understanding’ from blocking the actual experience, Kriya Yoga is only revealed during the initiation. It is taught in steps, so that your body, mind and energy are prepared and cleansed. First the little Kriya Yoga, Ajapa Japa (which can also be learned on the 10 or 14-day retreats), should be used for some time along with Hatha Yoga. 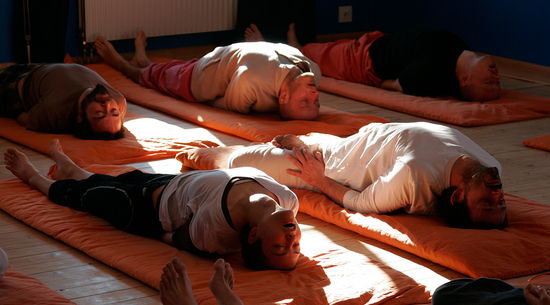 According to the tradition, the advanced Kriya Yoga should only be taught under the special conditions of an ashram. Our courses fully comply with this requirement.

The various kriyas support each other and, with each having their own effect, they play a part in the process, making it both harmonic and deep. Therefore, all the kriyas are learnt in a continuous and undisturbed succession.
They are learnt during a period of silence, which lasts about 21 days in the Kriya Course (the absolute minimum for an initiation in Kriya Yoga) and ideally 33 days, as in the 3‑month course.

(Read a detailed account:
"On Sadhana, on Cycles in Healing and Learning, and on Silence during the Initiation in Kriya Yoga." - and
"The Greenhouse, the Process and the Ritual – on initiating and being initiated in advanced Kriya Yoga" ). 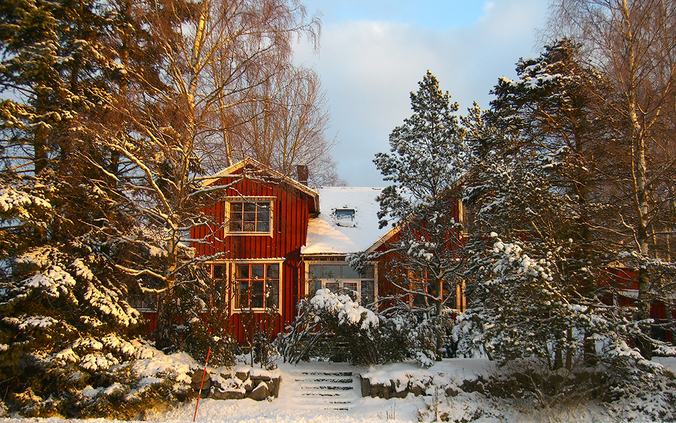 The 3‑Month Sadhana Retreat is divided into three periods: 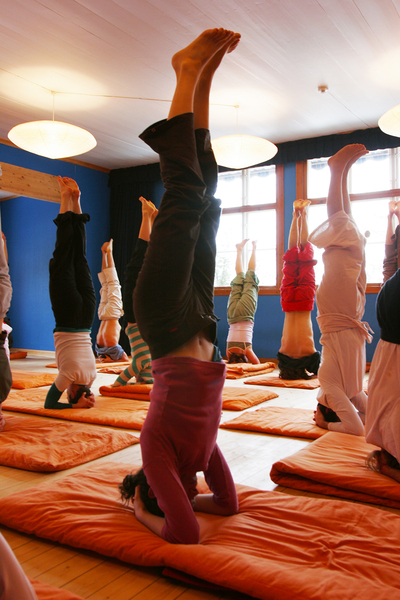 During the first five weeks, concentration, suppleness and relaxation are trained. You also learn to visualize and meditate. Part of this period is described in the section about the 14 day courses; see
Awareness and Experience - and Body, Mind, Energy - and Consciousness.
On the 3-month retreat, we proceed gradually to ensure that you gain an even deeper experience of yoga and meditation. At the same time, this period serves as a warm-up and preparation for Kriya Yoga.

Now everything is intensified and the meditations begin earlier in the morning. For about 33 days you are initiated into Kriya Yoga in complete silence – not one word is spoken, read or written, except by the teachers. The silence increases your awareness. Furthermore, when you refrain from talking about your experiences, you do not limit yourself – you keep the possibilities open.

Along with Kriya Yoga, we further develop the meditations Antar Mauna and Returning®. You learn Chaya Upasana (shadow meditation), mirror meditation and different forms of visualisation. 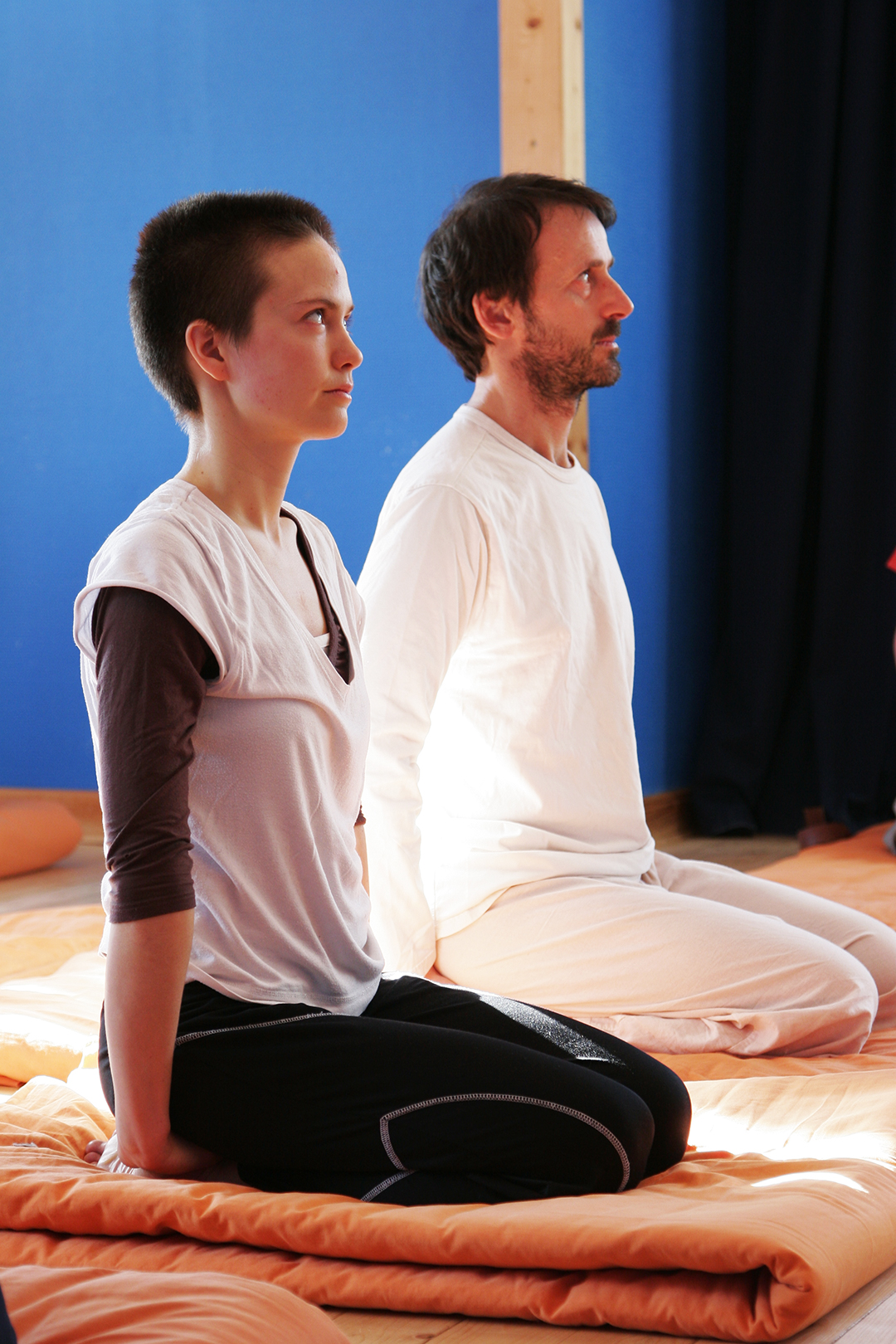 Through this initiation, beyond the actual learning of Kriya Yoga, you will realise your ability to meet both your limitations and possibilities ‑ sometimes directly: as emotions and thoughts that surface by themselves. Certain methods or rituals help you to become aware of a reserved attitude or fear – and to let go of it.

You will discover that working with yourself has nothing to do with being self‑centred, nor with ideas that you have to be ‘holy’ or ‘flawless’. By accepting yourself, you realize to what great extent you create your own life. The ideas and resolutions that surface during this part of the course may later have a decisive impact on your life.

In order to participate in the course, you must abstain from smoking altogether. Also, you must remain at the school for the entire three months, except for walks taken around the lake and in the forests of the surrounding countryside. Likewise, the conditions common to all our courses also apply here.

When practicing Kriya Yoga it is important not to have metal on the body, for instance piercings and other jewellery. Please remove all removable metal before the retreat starts. 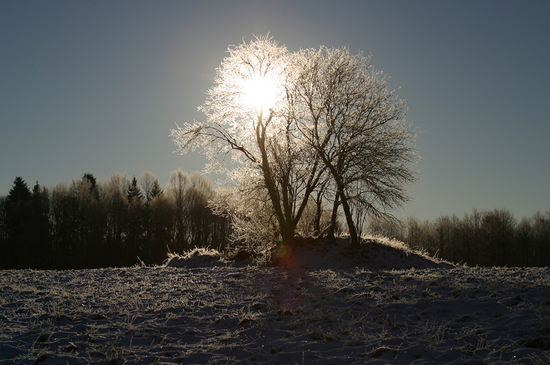 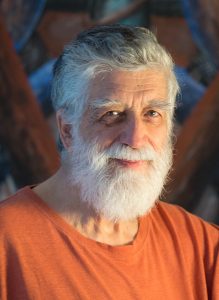 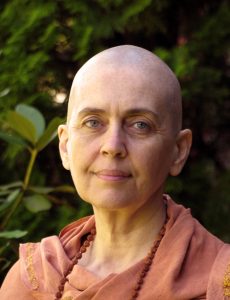 We are two teachers imparting the Kriya Yoga.

After more than 30 years of teaching yoga and meditation in close cooperation with Swami Janakananda, Swami Ma Sita has undergone a comprehensive and deep going training in the art of teaching Kriya Yoga. Through this education she also knows how to administer the conditions needed for running a Kriya Yoga retreat.

Bringing it All Together

During the third period, the positive effects of the course and your relationship with yoga take root. One thing is to learn something, another to use it on a regular basis. In the beginning, it is important to have favourable conditions to incorporate the new habits and some peace to make your own discoveries. You will also receive advice on how to use the yoga at home.

In these three weeks, you deepen your knowledge of meditation even more. Certain methods will support this further training: the advanced meditation Chidakash Dharana (space of consciousness) which is related to Antar Mauna; and Prana Vidya (knowledge of the vital energy), a method to heal and strengthen yourself and others.

Science’s Interest in the Course

Between 1986 and 1991, scientists from Germany and Denmark studied the effects of our 3‑month courses. Neuro Psychologist Erik Hoffman M.A., Copenhagen:

“The left brain half governs language, as well as logic and analytical thinking. The right thinks in pictures, sensations and feelings – it sees the general view, is spontaneous and intuitive. The biological foundation for the creative expression of an individual is therefore a “correct” balance and communication between the two brain halves. No matter how much or how little activity one or the other brain half had when the students came to the course, the study of the three months courses clearly shows a positive stabilization of the balance between the two brain halves.” 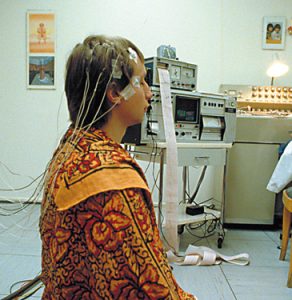 “Measuring the drop in skin resistance showed that the capacity of the students to relax had been considerably enhanced and their autonomous nervous systems had become more flexible. It can also be concluded that after the course the students were much calmer and less anxious than most people. This, the students themselves confirmed.”

Also read about:
"Lasting and deep-reaching effects - 6 years of research on the 3-Month Courses in Sweden" and
"Mapping the brains activity" after Kriya Yoga

Professor Thomas Schmidt M.D. (who headed the German research for the Department of Epidemiology and Social Medicine of the Hanover Medical School) confirms that the yoga and meditation course prevents cardiovascular diseases, normalizes blood pressure and decreases the blood content of harmful fats dramatically. Also, he found that the students became considerably more capable at handling stress. 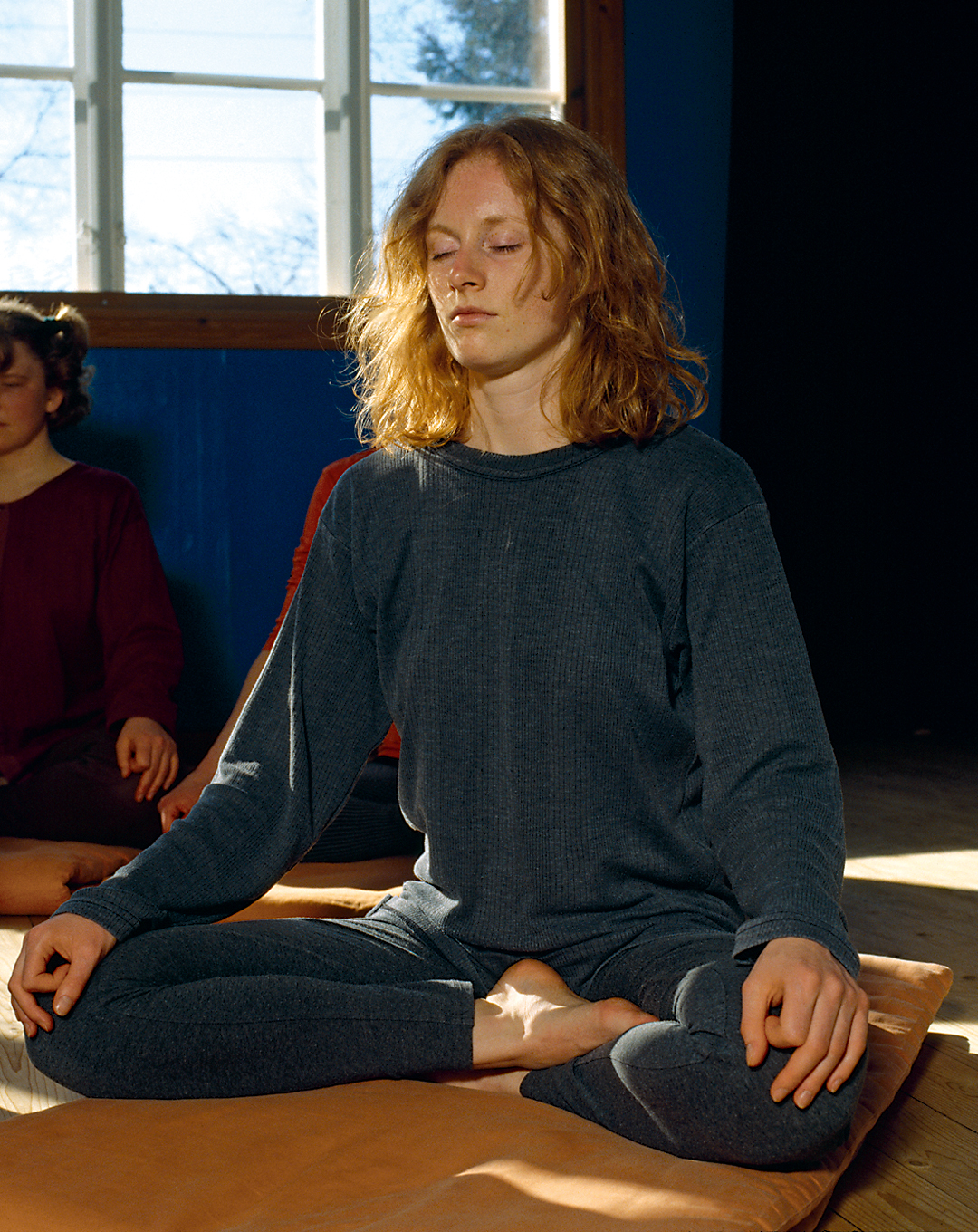 Your own Relationship to the Retreat

When you understand that yoga and meditation are not products that you can just buy, the rest falls into place by itself. No one can be forced to be happy, but there are means to remove what stands in the way. This involves co-operation – with your own personality and with us, your teachers.

Yoga does not liberate you –
that you do yourself.
Use it for what you want 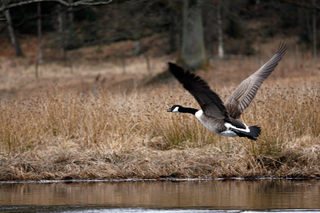 Yes, yoga really only works when you use it.

Therefore, come only if you desire to undergo the intensive training here and follow the conditions of the course.

Also see:
The Kriya Yoga Retreat
Retreat Scedule
Where do you find us?