Plenty of oxygen during Nadi Shodana

Occasionally, when we do Nadi Shodana (alternate nostril breathing) or other exercises where you hold the breath, it feels as though the need to breathe disappears. It’s as if you could continue holding the breath indefinitely. When this happens to me, I usually get a disturbing thought as to how long it is possible to hold the breath without a harmful lack of oxygen arising. 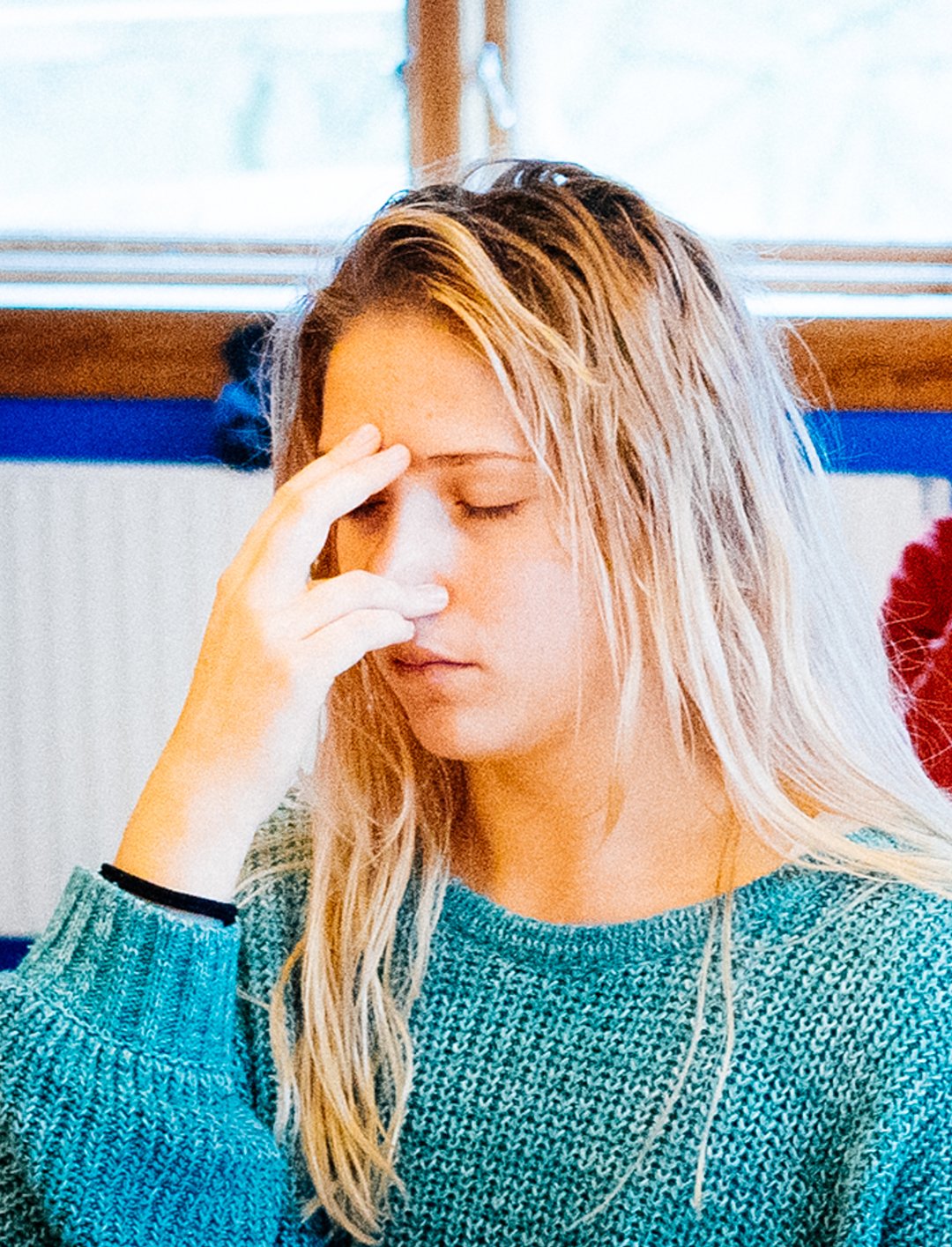 The only sure way of answering this question is to measure the content of oxygen in the arteries while holding the breath, and that is what we have done.

During the autumn of 1998, I carried out a series of interesting tests at the Karolinska Hospital in Stockholm. One of these was done on the alternate nostril breathing, Nadi Shodana and is described in this article.

The subject was a male of normal build in his forties, with twenty years experience of yoga’s breathing exercises. During the test, he did five rounds of Nadi Shodana, where you inhale, hold the breath, and exhale, to the ratio of 1:4:2. That is to say 10 breaths in 15 minutes, which is relatively slow (a person at rest has approximately 16 breaths per minute).

If you want to take measurements of the blood that supplies the brain and other organs, an ordinary blood sample from a vein isn’t good enough. You must have access to the blood of an artery, an artery that leads the blood out to the organs of the body – the blood that has just been oxidised by passing through the lungs. An anaesthetist placed a thin plastic catheter in the subject’s left radial artery, and repeated blood samples were taken from it during the time the subject was doing Nadi Shodana.

The oxygen percentage returned in a few seconds to 97% after the exercise was completed.

As a comparison, it can be mentioned that in quite different medical trials, the percentage of oxygen in the blood of healthy subjects has been lowered to 75% without negative side effects.

During the test, carbon dioxide and pH values were measured and these showed the same pronounced changes and rapid return to normal.

Even a fairly slow Nadi Shodana does not cause any lack of oxygen, or even come close to alarming values concerning oxygen percentage, carbon dioxide content or pH value.

The physiological reason for the effect of increased clarity and energy that we feel after breathing exercises is not yet known.

Other tests with holding the breath where we have taken a quick series of pictures of the brain with an MRC (magnetic resonance camera) during breath retention, indicates that considerable activation of the brain takes place. First, in those areas of the brain that are working with a certain task, and after that, when the breath is held repeatedly, it seems as if the activation spreads over the entire brain. I hope to be able to return to this in a future article when we have performed more tests. 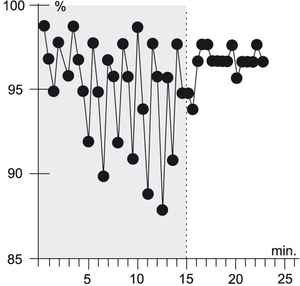 SPO2: The percentage of oxygen in the blood is normally 90-98%. The subjects oxygen percent fell during the exercise to 88% at its lowest, a value which is similar to those measured in sportsmen at maximum performance. 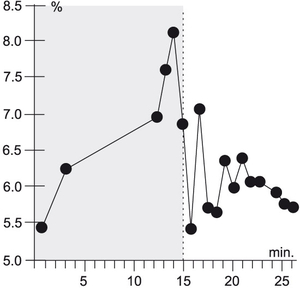 pCO2: There was a clear increase of carbon dioxide in the blood during the exercise, which quickly normalised afterwards. It is the increase in carbon dioxide that gives the feeling of wanting more air. 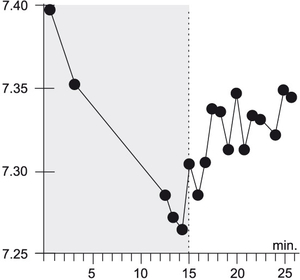 pH: The pH value fell during the exercise from an average 7.4 to slightly below average, 7.26 at its lowest. It quickly returned to normal again after the exercise.